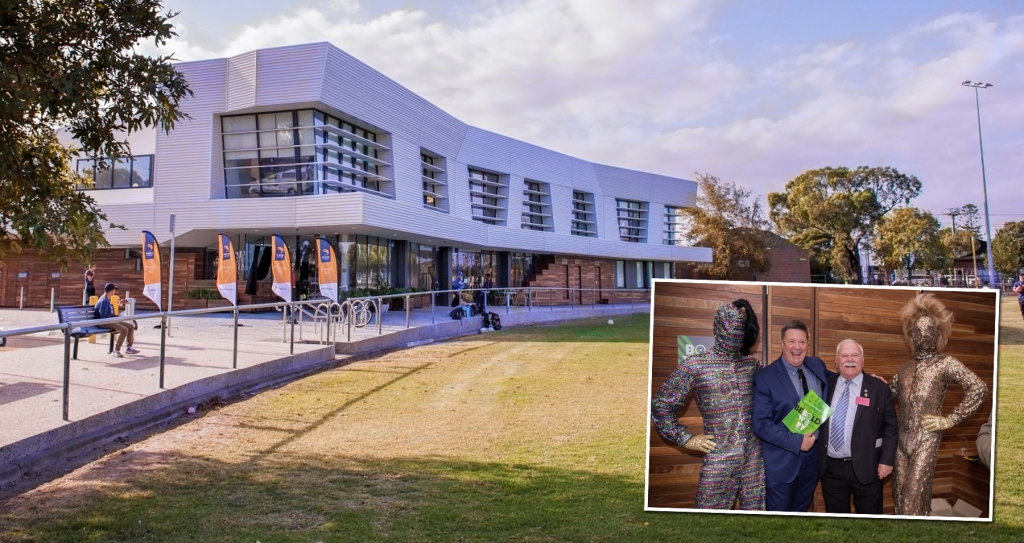 A modern performing arts and community centre in St Albans is paying homage to one of the area’s most famous alumni.

The 200-seat Bowery Theatre was named after Leigh Bowery, arguably one of the most influential designers of the 20th century. Born in Sunshine in 1961, Bowery was a provocative performance artist whose work influenced musicians and designers from Boy George to Lady Gaga and Alexander McQueen.

Bowery was an icon of the 80s fashion scene in London and New York, and also had a strong following in Japan. He died in 1994. His mother Evelyn has since passed away, but Bowery’s father John still lives in Sunshine and has offered strong support to the new theatre and community centre.

Bowery’s designs feature strongly throughout the building (including its signage) and his daring spirit is honoured in the theatre’s motto: Be Bold.

Dean Michael, Brimbank Council’s arts and culture coordinator, says the theatre and community centre are central to supporting artists and creative development in the west.

The theatre program will feature a mix of touring and local productions, including school performances and workshops, with an interest in providing affordable options for families.

The St Albans Community Centre (STACC) is woven into the theatre building, making it a vibrant space in constant use.

The building is new, but its purpose has been expanded rather than redefined, with all of the community groups that used the old Errington Community Centre welcomed back with open arms.

“The west is changing – people are very proud of its diversity and multiculturalism.”