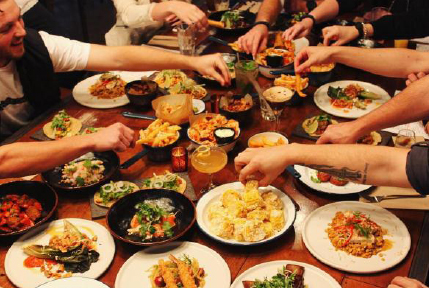 Beer is a serious topic at Werribee’s Park Hotel.

The Park opened in Watton Street four years ago as a craft beer hall and casual eatery and now stocks more than 250 different craft beers, plus 21 taps as well as house-infused spirits. Staff are constantly trained and tested to make sure they can make recommendations and introduce people to something new.

There’s a custom-built American off-set pit smoker that has allowed the hotel to tap the public’s red-hot passion for barbecue too.

“It’s something a bit different,” says owner Nick Christou, who returned to his roots in the west after spending years in Brisbane and St Kilda.

He says the changes in Werribee are dramatic since his early memories of being part of a family business in Werribee South in the early 1980s.

“It’s on the cusp of being a thriving metropolis in its own right.”

Werribee is the heart of the municipality of Wyndham, which is the fastest-growing area in Australia. There’s a prep class born every week and the population is expected to reach 400,000 within five years.

That puts Watton Street at the centre of a population explosion that is creating an appetite for quality food and great experiences.

Nick reckons you could eat your way around Werribee comfortably for a day: “There are really good operators coming through.”

Down the road at Mondells Patisserie, Katherine Braithwaite and husband Nigel are also noticing the changes in Watton Street.

They opened their cafe three years ago after initially wholesaling pastries and cakes from home. “People just started knocking on the door so we realised we needed to get into the main street,” Katherine says.

She lived in Werribee in the 1990s and is pleased that old stereotypes of Melbourne’s west are finally being challenged and released.

“People don’t have to travel to the city for quality food anymore,” she says. “But there are also people who are more willing to travel somewhere new for a day and explore new areas, which is great.”

Mondells specialises in French-style pastries and cakes, and prides itself on quality. Before moving to Australia, British-born Nigel was executive pastry chef at The Savoy in London and also worked at The Windsor in Melbourne before the couple opened their own business.
“This area is just stepping up all the time – it’s really nice,” Katherine says.

Isuru Madusanka and Chiran Hemadas opened Fusion Ceylon in Watton Street as there was no Sri Lankan restaurant in the area.

They converted an old fish-and-chip shop into a pleasant eatery and plan to expand the restaurant in the near future to create more room for seating.

The move from high-end hotels to their own kitchen has allowed them to use the flavours of their heritage to great effect – while the wok menu and hopper nights are becoming renowned, the cumin and cardamom-infused tiramisu is something special.

People in Werribee no longer have to travel to the city for great food, and business owners are confident their offering passes the test for locals and for visitors too.

The Park Hotel is open Wednesday to Sunday from noon until late. Visit www.theparkwerribee.com.au for more information.

Mondells Patisserie is open seven days for breakfast and lunch from 7am until at least 5pm. Visit www.mondells.com.au for menu and wholesale inquiries.

Fusion Ceylon is open Tuesday to Sunday for lunch and dinner. Search for Fusion Ceylon on Facebook for more information.