The west‘s beloved Sun Theatre made it into global media magnate, Time Out’s, list of the 50 most beautiful cinemas in the world.

The pint-sized Sun Theatre was one of the reasons Yarraville was named the fifth coolest neighbourhood in the world in 2020.

It opened as a single-screen, 1,050-seat cinema in 1938 and after a storied history of closures (it was once closed by the health department for unsanitary carpets), changing hands and expansions, the beautiful Deco building was refurbished in the late ’90s and now holds eight separate cinemas, each named after a now-closed cinema from Melbourne’s history.

There’s a welcome breadth of art house and foreign films on the program, and the house-made choc tops are second to none.

The cinema used to have a ‘pram room’ where babies in prams were left under supervision and given a number. If your baby started crying, its number was flashed on the screen.

To support The Sun, check out the upcoming Setting Sun Film Festival celebrating the best filmmakers from around Victoria and the world, view the program here for 18 – 26 June.

You can also tune into Sun Sessions, the cinema’s own podcast! The hosts chat to directors, talk about upcoming releases, and more recently, talk about cinemas coming out of lockdown. You can also become a member for $15. 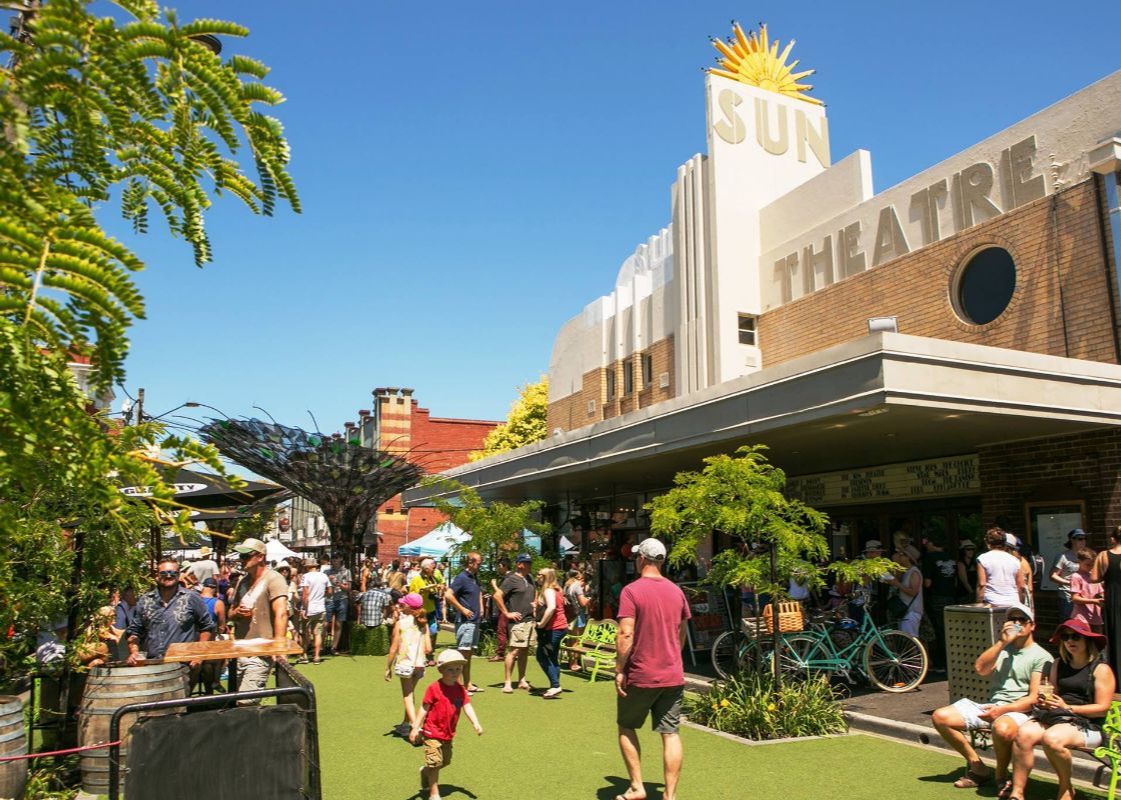