Celebrating its 16th year in 2019, the Willy Lit Fest promises a weekend of imagination, creative learning and thought provoking discussion. This year’s program, which has been curated by award winning screen writer, comedian and author Stella Kinsella (who happens to live in Melbourne’s west), has an overarching theme of “Choose Your Own Adventure.” It includes workshops and discussions with some of the brightest stars in the literary world. Events take place in various venues across Williamstown. 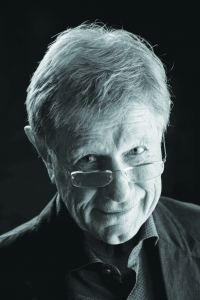 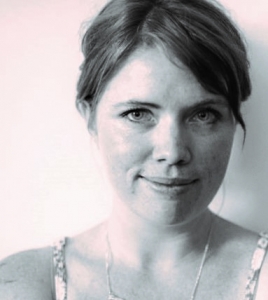 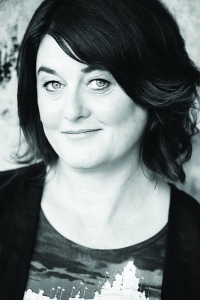 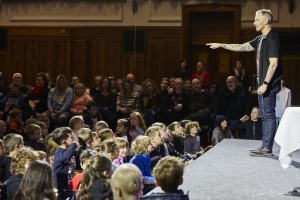 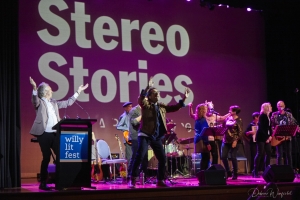 Arts and Culture in Hobsons Bay

Williamstown (and its surrounds) is an arts and culture hot spot year-round, with a diverse range of galleries, art focused events and cultural hubs open to the public. If attending the Willy Lit Fest, make sure you add one or more of these experiences to your visit list. 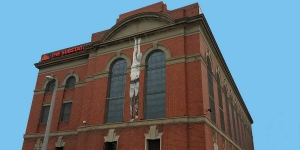 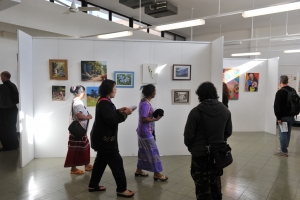 Studio Stefan Gevers – this privately-run studio, teaching space and art showroom has a focus on the contemporary watercolour painting of award-winning artist Stefan Gevers. Here you can explore his signature control of the medium, reduced forms and minimalist exploration of landscape and the patterns found in nature. Various watercolour classes are also on offer. 98 Hudsons Road, Spotswood

Public Art – the Hobsons Bay area is home to an extensive and intriguing Public Art collection. You can download a Public Art brochure from the Hobsons Bay City Council website and explore at leisure. Highlights in Williamstown include the Botanic Gates at Williamstown Botanic Gardens by artists Anuradha Patel and Velislav Georgiev; and Cargo (8 Cyril Curtain Reserve, Williamstown) by Mike Nicholls and Jonathan Leahey, which references Williamstown’s ongoing and historical maritime links to transportation, industry and navigational aids.

A large collection of other public artworks can be found located along the bike trails, coastal trail, and reserves that connect the region. Many of these works have been created by some of Australia’s leading artists (including Cameron Robbins, Pauline Fraser and Yvonne George). 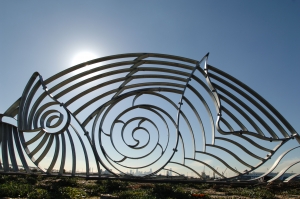 Whirlpool by Anuradha Patel at The Warmies in Newport. Photo by Grant Hobsons

Maritime History – Williamstown has a rich and colourful maritime history which can easily be explored on foot. Begin with a stroll through Commonwealth Reserve and onto Gem Pier, for stunning views of Melbourne’s skyline.

The HMAS Castlemaine, which was originally built in Williamstown, served in WWII. Nowadays, it’s permanently docked at Gem Pier and is open to the public every weekend. Around the corner, the recently refurbished Seaworks Maritime Precinct is an active and vibrant maritime site devoted to the preservation of the Victoria’s maritime history. With the stunning backdrop of Port Phillip Bay, the precinct also includes a Maritime Museum and is home to a diverse calendar of cultural, food and boating events.

Where to eat, drink and be merry

After all this exploring, sit down at one of Williamstown’s growing collection of cafés, bars and restaurants. From the bustling and trendy Nelson Place to the Williamstown beach – there is plenty to choose from. Here’s a selection of the newest offerings.

World Travel Food Bar – a unique restaurant which opened in December, which is designed to enhance the social experience. Every month the venue and menu is transformed with a 3-course feast experience from different countries around the world.
207 Nelson Place, Williamstown

Peachy Keen – this container bar popped-up in Williamstown in mid-December, proving so popular that it’s decided to stay for good. Great for groups of friends and families, the menu features cocktails, spritzers and mocktails, alongside a selection of beer, wine and cider.
Rear of 82-84 Ferguson Street, Williamstown.

Chocolate Dip – at this dessert inspired café, which opened in August last year, you will find all your favourite sweets such as pancakes, waffles, churros, crepes, Dutch pancakes and Nutella pizzas. Also on offer is a breakfast and lunch menu with a middle-eastern twist.
117 Nelson Place, Williamstown

In addition to the new kids on the block, Williamstown is home to many more top dining and drinking establishments. For an ale, head to one of Williamstown’s historic pubs such as Stag’s Head, the Steam Packet Hotel or the Prince Albert. Popular dining options (just to name a couple) include Hellenic Hotel (by George Calombaris), Pier Farm and El Burro, while the Lower West Side Wine Bar is a top pick for bar snacks, washed down with a glass of wine. 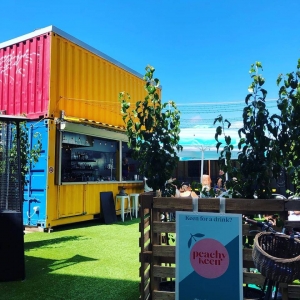 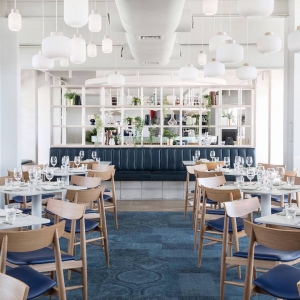 Plenty of Reasons to Return

Come back again and enjoy even more of what Melbourne’s west has to offer, with many great events to choose from.

Newport Folk Festival – 28 to 30 June
A winter festival celebrating music in all its forms, featuring folk blues and classical music as well as workshops. With all venues centred around Market Street in Newport, the program presents so many opportunities to sit back and listen or join group sessions.

Hallowed Ground – Women Doctors in War – 19 June
Follow the personal journeys of four women, Lilian, Mary, Tam and Catherine, united in their determination to utilise their skills in the field of medicine on active service within the military. 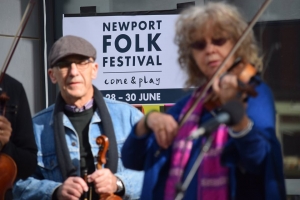 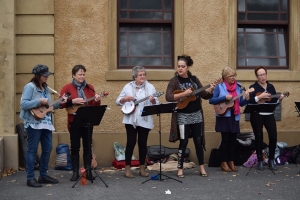